Be afraid. Be very afraid.

If your pet is in any way exposed to modern rat poisons it is a medical emergency that you cannot put off. “Exposed” includes having been in the vicinity of the poison and you’re not sure whether he actually ate any or not.

Most of today’s rodenticides work by interrupting the body’s blood clotting systems, resulting in fatal bleeding. Even though they are called “rodent”-icides, they will kill any mammal that ingests them. Many rat poisons will also kill birds and fish.

The potency of rat poison has been ramped up dramatically over the last twenty years. “Poison corn” of three decades ago killed a lot of mice and rats, as well as many dogs, cats and not a few people. Still, if a victim was found quickly, vomiting was induced and anti-anticoagulant treatment was instituted for a week or so, the victim survived.

Not so today’s rodenticides. They can be fatal in extremely small amounts and their effect can last for thirty days and beyond.Treatment starts with removing the poison by inducing vomiting if it was ingested recently. While this can be a good test for whether poison was actually eaten, it is not foolproof. Poison eaten several hours before emesis (vomiting) therapy may have moved too far into the digestive tract to be vomited up. Further, because these poisons are effective in such small amounts, if a pet or person vomits some up we still don’t know whether he vomited all of the poison, and enough might be left behind that it could still be fatal.

Therefore, the usual course of therapy after vomiting is to begin anti-anticoagulant therapy with an injection, followed by oral therapy for thirty days or more.

In cases where the ingestion time is unknown and the patient is already symptomatic (blood in the stool, urine and/or vomitus, bleeding under the skin, in the whites of the eyes, inside the eyes or other locations around the body), not only must anti-anticoagulant therapy be given but blood products must also be provided in case the patient has used up all of his own clotting mechanisms. When Jasmon came to see us today her owner had merely seen her standing over the area where a cake of rat poison was. There was none in her teeth and she vomited twice for us and we saw no trace of poison. Jasmon might have been fine with no further treatment at all, but waiting is simply too risky. 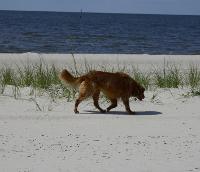 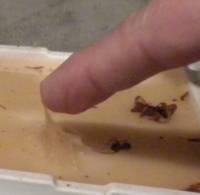 Leave a Reply to AnonymousCancel Reply